The Second Edition of Government Games Returns to Dubai 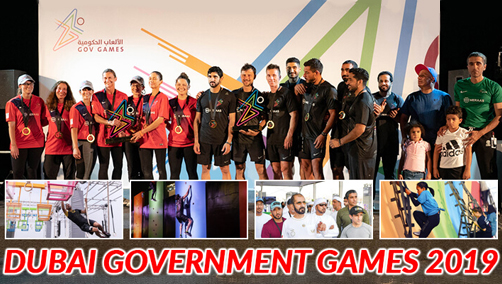 05 Apr The Second Edition of Government Games Returns to Dubai

Posted at 10:41h in Newsletters by sun-impex 0 Comments
0 Likes

The challenges set for this year’s Government Games were moreover similar to that in first edition with few new, more challenging obstacles that required participating teams to work more collaboratively while demonstrating their key skills, stamina, mental strength and efficiency. The afternoon heat could have been a game spoiler but couldn’t affect much the firmly determined participants who dedicated their heart & soul for winning the prestigious title. Slightly soothing breeze flowing during later afternoon though brought some respite to the participants.

Sheikh Hamdan, the Crown Prince of Dubai, and his F3 team were the winners of the 2018 edition of Government Games. By winning the title second year in a row, Sheikh Hamdan and his team displayed that they were the only team with the spirit to attain excellence in sporting arenas. The F3 team led by Sheikh Hamdan completed various obstacles like Power Drainer, Grinder, Breathless, Aquaphobia, Human Ladder, Weakest Link and more during the four day event to win the 2019 edition of Government Games.

The Vice-President and Prime Minister of UAE, His Highness Shaikh Mohammad Bin Rashid Al Maktoum was also present during the second day to show his support for Government Games. Just like the first edition, the 2019 Government Games emerged out to be a tremendous success as it served the purpose of bringing together UAE Government employees for testing their fitness, mental agility and overall teamwork.