Orange, It’s Much More Than A Fruit 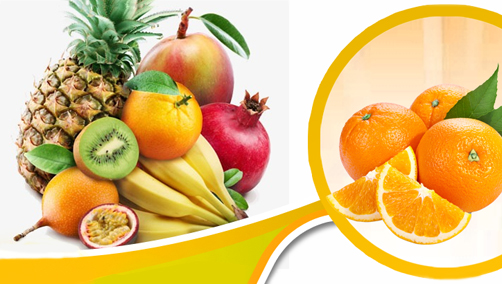 08 Apr Orange, It’s Much More Than A Fruit

Posted at 12:38h in Newsletters by sun-impex 0 Comments
0 Likes

Belonging to the citrus fruit family, oranges are one of the most popular fruits. Considered as the best juicy and delightful fruits on earth, they are available in a large variety, which is classified according to its taste, texture and color. Besides mostly being used in food processing and juice producing industries, the fruit is widely in demand in the medical arena as well due to its high vitamin content.

Oranges are rich in potassium and vitamin C which make them a natural remedy in aromatherapy. The sweet essential oil in the oranges can also help reduce the risk of glaucoma and muscle fatigue. Moreover, the purest form orange extracts is known to increases in blood flow to the extremities.

They are mostly consumed in the form of juice which can be very beneficial to the body. Each year about 684.75 lakh tons of oranges are produced worldwide and India ranks as the third largest producer. Almost half of the production is processed into juice concentrates as they are highly in demand, generally in the tropical regions. For most people, orange juice comes under their daily diet, at least for people who know the true benefits of it.

Freshly extracted orange juice can treat stomach ulcers, prevent kidney stones, and reduce obesity. Not only juice, but slices and orange pulp can also be consumed for healthy living. At Sunimpex, you can avail a wide variety of orange juice and pulps extracted from the nature’s best oranges.