Is It Fair To Tax Meat Eaters Like Smokers? 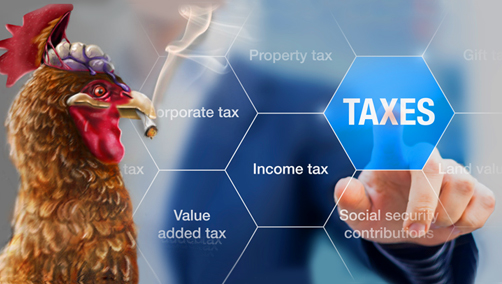 15 Apr Is It Fair To Tax Meat Eaters Like Smokers?

Posted at 12:47h in Newsletters by sun-impex 0 Comments
0 Likes

The topic may not justify a meat lover’s thoughts right now but the world we live in is beginning to face a destructive change due to the amount of pollution and suffering created in the environment. In India, about 75% of the population consumes meat which accounts for around 4.49 million metric tons which is quite a big digit, but it gets worse. With every kilogram of meat, there are some amounts of greenhouse gases released into the atmosphere along with land exploitation and wastage of water. Just like smokers are taxed to control the consumption, the emissions from the meat are multiplying with every increasing demand and someone has to pay for it.

The amount of greenhouse gases emitted is intense as 1 whole lamb produces 25.58kgs of greenhouse emissions by the time the animal reaches maturity. Chicken, which we consider a common meat product can generate 3.65 kgs of methane in its lifetime. Meat is also the cause of some direct health issue, like high pressure and chronic liver diseases which is another reason for the tax law.

Everyone wants to stay fit and healthy but considering meat as a primary energy source is inappropriate. The best way to stay strong is by eating more plant protein and less of meat. The consumption of meat is directly responsible for the degradation of the environment as well as the health of people. The only two ways to balance the situation is to control the meat supply so that the environment can sustain itself or to impose a tax on the consumers, which can be later spent on public healthcare. (ref. www.weforum.org)