Coriander vs Cilantro vs Parsley – Here’s the Difference Explained 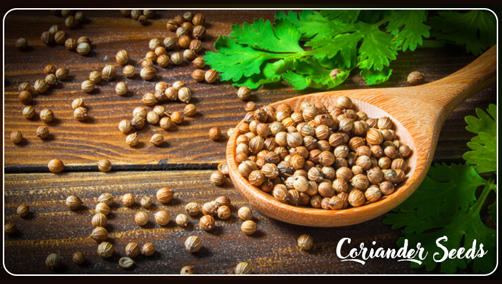 Posted at 07:55h in Newsletters by sun-impex 0 Comments
0 Likes

Fresh cilantro is overall 92.2% water while coriander seeds contain 8.9% water. Cilantro thus has lower levels of minerals compared to coriander seeds. While Cilantro has a citrusy, refreshing taste; coriander features a spicier, warm taste. Also, coriander cannot be substituted for Cilantro due to the distinct taste profiles these have.

Cilantro has yet to prove its point against parsley – a green herb that looks deceivingly similar to cilantro. Belonging to Apiaceae botanical family, Parsley is a “biannual” herb; Cilantro, on the contrary, is an “annual” herb.

Appearance-wise, Parsley features small and pointed curly leaves. Conversely, the flat-leaved herb Cilantro features a three-lobed leaves structure with each leaf tip having saw-tooth like appearance. The leaf tip is rather rounded than pointed, as in flat-leaved Parsley. Also, Cilantro is deep green in colour, unlike its sibling parsley.

The distinctive taste and smell of Cilantro also sets it apart from Parsley. Parsley gives a mild grassy smell, much pungent than Cilantro, when rubbed. Cilantro gives soap or lotion-like smell and a taste with citrusy undertones.