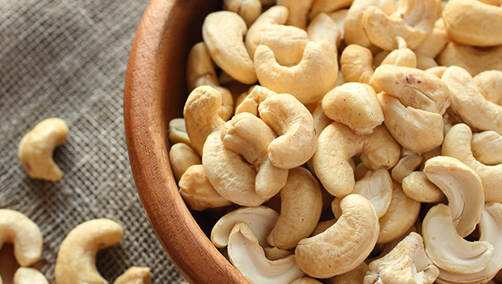 Benin, a country in West Africa, is highly dependent on agriculture. Almost 70% of the working population depends on subsistence farming. Since 1980s, the tropical nation has produced staple foods such as corn, millet, beans and rice. The principal exports of Benin include cashew, cotton cake, cotton seeds, shea butter, cooking oil, and lumber. Benin Raw Cashew Nut have grown abundantly and have a high production rate. The cashew makes up 25% of their export output.

Here are just a few reasons you should add them to your diet.

Benin Raw Cashew Nut provides essential antioxidants and minerals that can help protect your skin and eyes. It’s also a rich source of copper, a necessary mineral for boosting collagen. A reduction in collagen can lead to wrinkles and health issues like weakened muscles or joint pain. Benin Raw Cashew Nut is also rich in antioxidants like lutein and zeaxanthin, essential for vision and eye health.

Benin Raw Cashew Nut is an excellent source of magnesium, which is vital for healthy bones, tissues, and muscles. It can also boost metabolism and help regulate blood sugar levels. A magnesium deficiency can also change the calcium metabolism and hormones responsible for regulation.

Benin Raw Cashew Nut is rich in copper, which may aid in iron metabolism and RBC (red blood cells) formation. It also helps to keep the bones and immune system healthy. It can also be essential for our body’s nervous and skeletal systems. A copper deficiency in the body may also result in osteoporosis, anaemia, and irregular heartbeats.

Benin Raw Cashew Nut contains an amino acid known as L-tryptophan. Our body breaks down this amino acid and transforms it into niacin and serotonin, treating anxiety and establishing a sense of well-being.

Not only does Benin Raw Cashew Nut taste great and blend perfectly in vegan dishes, but it can also improve your body. Now that you have understood how Benin Raw Cashew Nut provides a myriad of nutrients, you can look for trusted manufacturers that offer top-quality cashew nuts. Sun Impex, a leading name in the agro-commodities, offers premium Benin Raw Cashew Nuts in many varieties, including White, Desert Wholes, Splits, Broken, and Scorched Wholes.