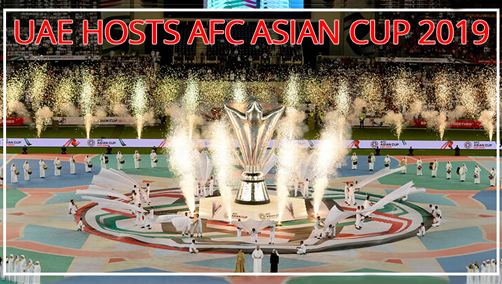 Posted at 06:19h in Newsletters by sun-impex 0 Comments
0 Likes

Organized from January 1 till February 5, 2019, the biggest Asian Football championship, AFC Asian Cup was held across 8 stadiums in four cities across UAE. The ticket price was kept in the range of AED25-300 for all matches held during the championship organized by the Asian Football Confederation.

A total of 51 matches were held over a span of 28 days with 24 national teams participating in the crucial football championship event. Al Maktoum and Rashid stadiums in Dubai got the privilege of hosting 11 AFC Asian cup matches out of the total 51 scheduled.

Touted as the longest running ever football event ever organized in UAE, the 2019 edition of AFC Asian cup was held under the inspiring themes “Bringing Asia Together” and “UAE Home of Football”.

Throughout the three weeks of power packed entertainment, footballs fans got to experience some highly nerve-chilling games wherein each team tried their level best to outplay their opponent. The UAE team did play exceptionally well throughout the tournament; but unfortunately lost to Qatar in semi-finals, crashing all hopes of hosts to lift the cup.