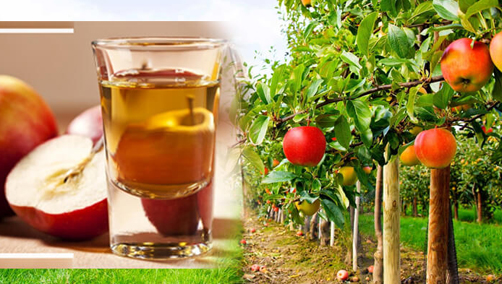 Posted at 07:58h in Newsletters by sun-impex 0 Comments
0 Likes

Apple’s popularity as a fruit is attributed to its delicious taste and nourishing health benefits. India, the world’s 5th largest apple producer, has apple production majorly in Himachal Pradesh, Arunachal, Uttarakhand, and J&K. Some of the most popular apple varieties grown in India include Red Delicious, Golden Delicious, and McIntosh.

This year, apple production in India has witnessed a new low. A low output in Himachal has restricted the supply considerably. While earlier in a normal crop year, supply was 250 trucks per day, it reduced to 100 trucks due to this effect. A result of rapidly degrading environment, the changing weather pattern has made apple crop more & more vulnerable.

Unfavourable climatic conditions including scarce rain and less snow have led to unexpectedly low apple crop production this year. Only 1.96 tonne apple was produced compared to the initially estimated 2 lakh tonne. Apple crop even faced severe damage due to frequent hailstorms this year.

A large portion of apples in India are also imported from US and China. However, local apples have experienced an increased demand compared to the imported ones. Despite the fact that the apple crop has fallen prey to adverse weather conditions, what’s at least good is that Indian variety of apples are fetching higher prices compared to the imported ones. It’s solely due to the stupendous deliciousness & richness associated with the Indian apple.